I spent the weekend in Lebanon, Ohio, with my sisters.
My niece, nephews, and their special friends joined us, and we ate, drank, and were merry.
We attended the Lebanon Horse Drawn Carriage Parade & Festival, for the 2nd year in a row.
We shopped, gabbed, snarked, giggled, and had a lovely weekend.
Thanks to my sis and bro-in-law for their terrific hospitality!

Here are a few images from the parade: 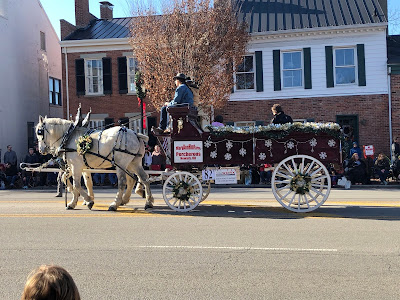 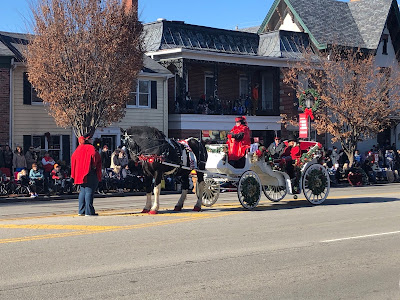 And, there was Magoo! 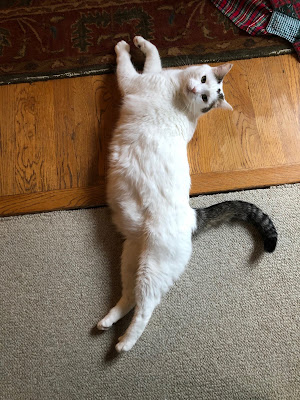 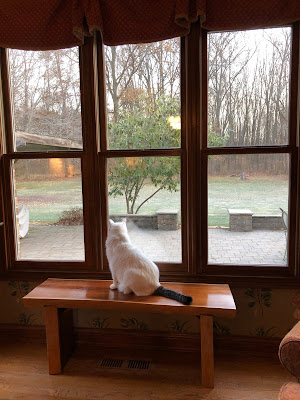 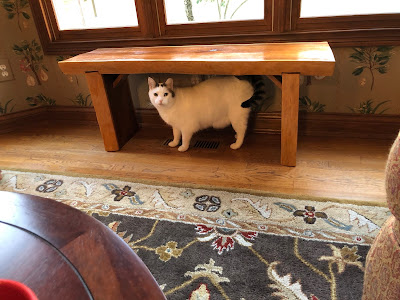 Magoo currently lives at my sister's house, but his mama is my niece.
Soon, she'll move into her new apartment, and Magoo is going with her!
She's created an Instagram account for his chonky handsomeness: @mrmagoodles.

When I arrived, I whispered to Magoo that he needed to up his game, since he was a stand in for my five cats at home.  Sure enough, he was a cat for the job!

His fur is bunny-soft, and while a large dude, he plays with abandon and there isn't a human that he doesn't enjoy.  He slept on my blanket-covered legs, and allowed me to carry him without a peep or a flick of whisker.

I loves me some MAGOO!!! 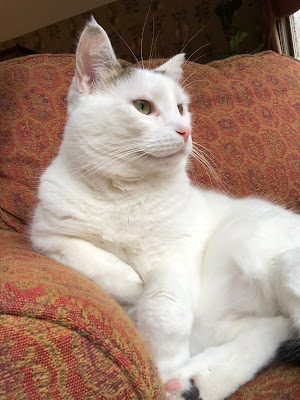 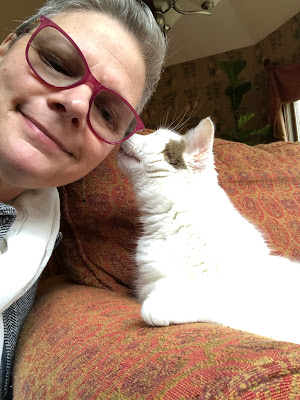 Update on Angel:
The veterinarian reports that her blood work was normal for everything except a low B12 level, which is a sign of intestinal problems.
An ultrasound is scheduled for next Monday, and then a consult with the vet.

Since she's been taking the Cerenia, she's been holding her meals inside, and wants to eat, eat, EAT!  The Hubby is carefully doling out small amounts of food many times a day, hoping to lessen any vomiting spells.
Thank you all for your concern, and I promise to report updates.

Paddy O'Malley will return to his properly scheduled post next week...LOL!
Posted by Eastside Cats at 11:47 AM 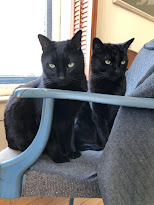 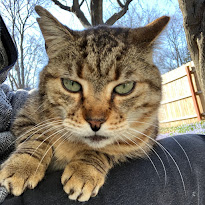 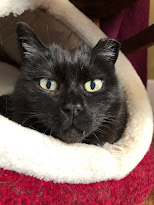