An elderly relative of mine was scammed out of over $15,000 USD when someone called her to tell her that "her favorite nephew" was in hospital for a drug overdose.  She was told to send cash, and to keep silent, since this was a 'private' matter.

They received her first payment, then called and asked for MORE!  I am told the bank repeatedly asked my relative for a reason for taking out so much cash, but she refused to answer.

When her 'favorite nephew' called her just by chance a day later, she was floored to find out that he wasn't in drug rehab!  She was immediately told to call the police, which she did.

She'll never see that money again.  All of her family would NOT have believed that she of all people would fall for such nonsense.

PLEASE!
Pay attention to your elderly friends and relatives, especially those who live alone!

This could happen to anyone, at any time.  The scammers are VERY GOOD at convincing folks that what they are saying is the truth.

Posted by Eastside Cats at 4:06 PM 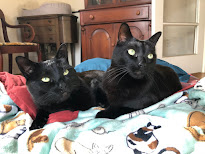 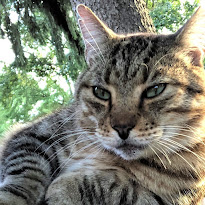 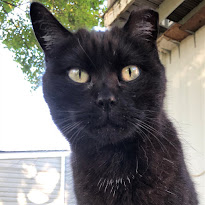 Arthur: The Dog Who Crossed the Jungle to Find a Home
by Mikael Lindnord
tagged: listened-to